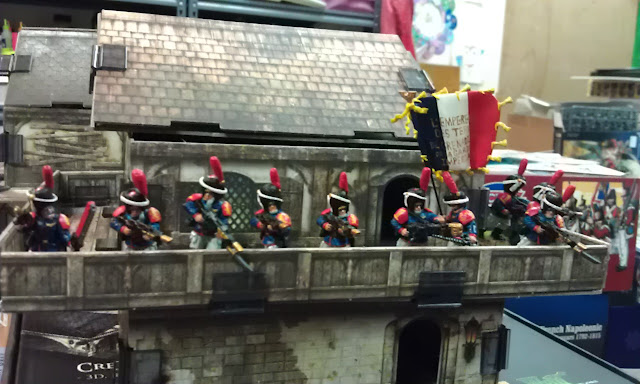 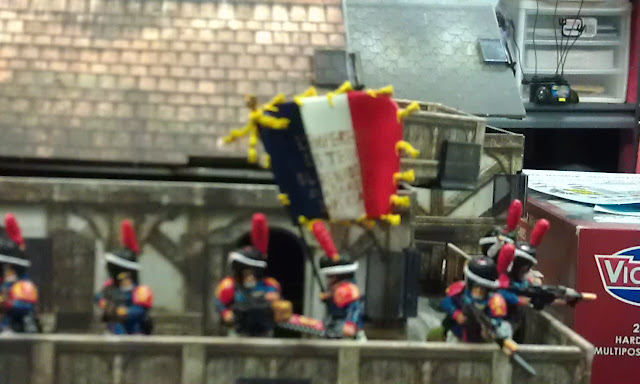 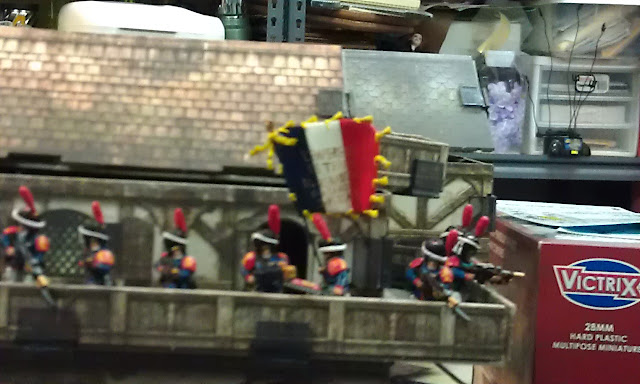 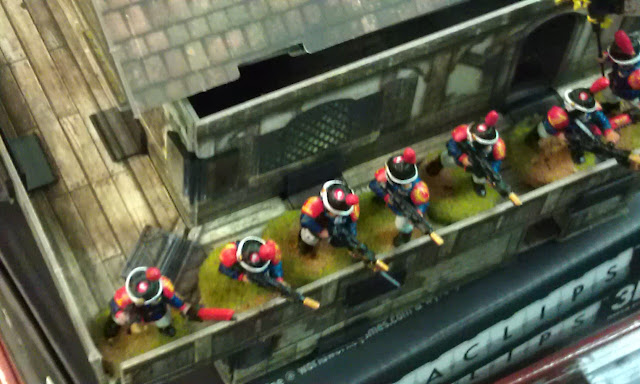 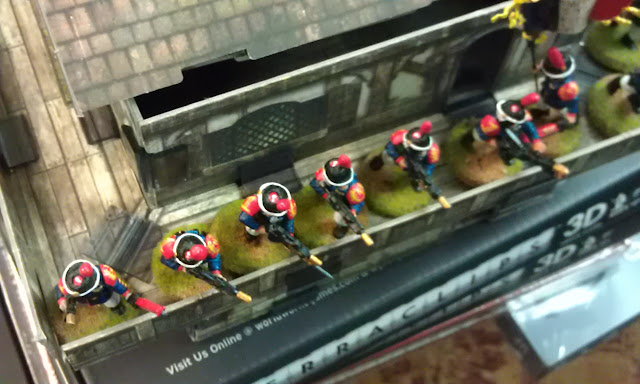 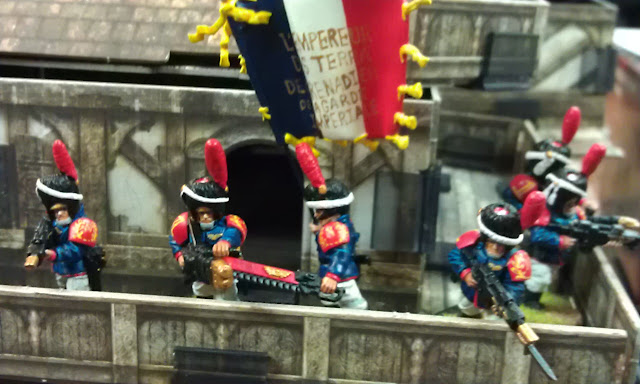 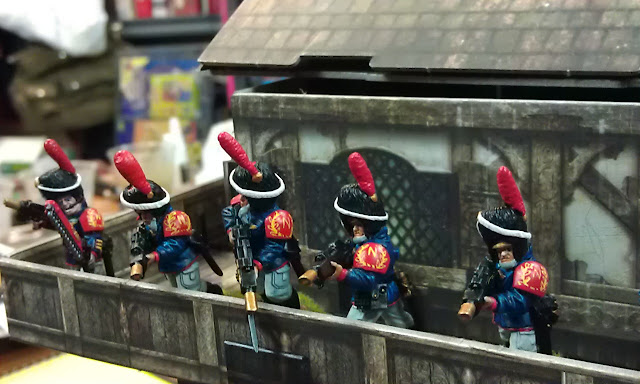 A nice profile shot showing off the detailed emblems on each of their shoulder pads - an Imperial "N" surrounded by a wreath, which I thought fitting.  The N in this case stands for New France (and secretly Napoleon!) in my sector of the Warhammer 40K universe.
I hope you enjoyed the short story and background of this unfortunate lot of souls being sent forth to their doom (I played this squad as constructed without the Lascannon team and a few other odds and ends, and they died and routed off the board against Tau, but not without inflicting some serious losses!).  If I remember to take photos at the tournament next week, I will see about posting them!
Happy Gaming!
M
Posted by Jovian1 on The Miniatures Page at 10:02 PM